Image description: A fat white woman stands on a city street corner in a silver dress and cape. Buy a similar stock photo >>

It’s a story as old as time: Someone sees an injustice in the world and bands together with a small group of friends to fix it.

The princess is locked in a castle, and you want to free her. It’s a just and noble cause. Right?

Well, what happens when you arrive and discover that the princess lives in that castle because it’s the one wheelchair-accessible building in the whole kingdom, and the inability to leave it gave her agoraphobia and she no longer wants to, anyway?

Good intentions can get complicated fast.

In the real world, here’s what this often looks like:

1. You see an injustice happening to someone and you want to fix it, so you find some like-minded people and jump in.

2. None of the people you’ve rounded up are from the population that’s experiencing the injustice, but that’s fine because you’re working on their behalf, right? You and your friends are all fired up. You do lots of work. You even do it for free because you believe in your cause so much.

3. The people you’re trying to help don’t quite seem to understand how hard you’re working to help them. They keep complaining about the work you’re doing, and sometimes they even accuse you of being part of the problem.

4. When you ask them how to fix it, they don’t always answer. You invite them to get involved in your cause, but they don’t seem interested. Sometimes they even want payment.

As someone who’s putting in a lot of work for free and trying hard, it’s confusing.

Why wouldn’t someone on whose behalf you’re working want to be involved with what you’re doing? Why don’t they see how important this is? If they see problems, why don’t they want to jump in and fix it? Do they think you’re made of money? Why are they so difficult?

There are a couple of things going on here:

The internet is instant.

The easy and cheap methods of mass communication that are available to us these days — websites, social media, podcasts, Youtube — make it easy to start professional-looking and credible causes on a whim.

These low barriers to entry should in theory make it much easier for marginalized people to be seen and heard, but in practice, marginalized people — especially those of us who are trying to build our movements ethically and justly — are quickly drowned out by more privileged people.

(Did you know that even algorithms favor people in privileged bodies?)

The faster you built and launched your cause, the more likely that it has injustice built in.

You cannot be inclusive without inclusion.

I once tried to start a Facebook group for body-positive photographers with another photographer. We hung out on Slack and made all sorts of fun plans for the group. Oh, the connections we could make! The changes we could create by educating photographers curious about or new to body liberation! The inclusivity we could promote!

But we were both fat, white, cishet female photographers. There was no way we could start anything and call it “inclusive” if we had no Black representation in leadership, at the very very least.

We knew it wasn’t okay to request or expect other marginalized people to be part of the leadership of our group — which would not only involve the fun strategic parts, but moderating and being present and dealing with micro- and macro-aggressions — for free, and we didn’t have any budget, but we each asked around to see if any of our Black or brown photographer friends wanted to be involved, just in case.

None of them did. And the group didn’t happen.

Was that the fault of Black or brown people? No, of course not.

If we’d wanted that group to exist badly enough, we’d have found a way to include other marginalized people in leadership and compensate them for their time and labor. We had options. We could have applied for community grants. We could have fundraised. We could have figured it out.

But we didn’t want it that badly, and so it didn’t happen, and that’s what should have happened.

If you can’t do that, you shouldn’t have a cause. Instead, you should try backing one that already exists and is run by marginalized people.

In fact, is there one you can back right now, rather than taking the spotlight? Do you really need to be the center of attention? What are you bringing to the table that similar organizations run by marginalized people don’t?

If you can’t include fat people, don’t pretend to represent us or fight for us. The absolute minimum you can do is to fight with us.

Every Monday, I send out my Body Liberation Guide, a thoughtful email jam-packed with resources on body liberation, weight stigma, body image and more. And it’s free. Let’s change the world together. Subscribe » 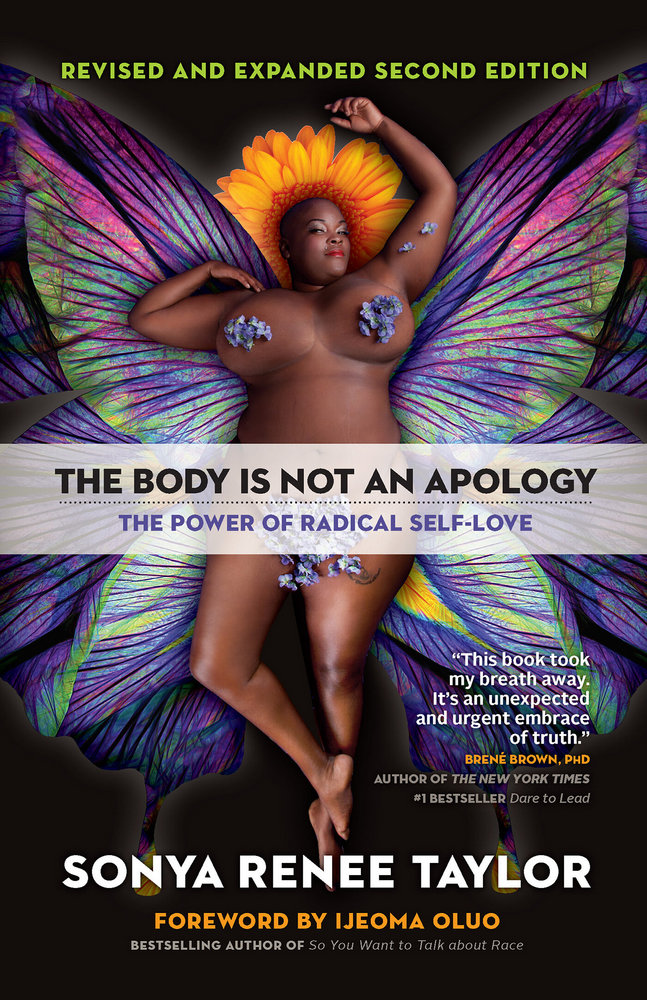